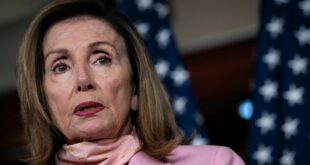 The US Open is a world-renowned international tennis tournament. Since 1881, the US Open has never failed to take place. Just like the stereotype goes, Americans never let anything nor anyone tells them no. Despite the long-winded Covid-19 crisis, they bravely decided to step up and go in swinging blindly. That appears to be a popular strategy these days.

After four toiling matches, Serbian player Novak Djokovic pulled out victorious, winning in three sets. This trooper was prepared for anything when he walked onto the court to play in the fifth round against Spanish player  Pablo Carreno Busta.

“He was more in the zone than I could have ever imagined. Just so amped up. I couldn’t even approach him to ask if he was good. I think we would have walked me straight on,” Djokovic’s coach, Marian Vajda, said.

After losing a point at the net that brought Djokovic down 5-6 in the first set, Serbia’s star player would not back down. He enthusiastically pulled out a tennis ball and practiced a swing. Apparently, he is much more skilled than anyone ever expected. His accuracy is unquestionable. No one in history has hit line judge Laura Clark square on the neck like Djokovic.

“People will write about this like the Tales of Robin Hood. No doubt about it,” said US Tennis Association President Patrick Galbraith said.

It seems the rest of the US Open agreed with him because they instantly ended the match and handed Djokovic the trophy.

“It wasn’t possible. It was just fantastic. We had to give him the trophy. He just deserved it,” another line judge said.

The speakers blasted fanfare, and confetti in the colors of Serbia’s flag flew down from the sky. Scientists still aren’t sure where the confetti came from.

“Our best guess right now is angels. I may be a man of science, but I know a miracle when I see one. And Djokovic’s swing was certainly worthy of a miracle,” supernaturalist Dr. Bobby Genzlinger said.

Even Clark had only praise for the player.

“He quite literally knocked me off my feet. I was dumbfounded. I mean… who has skill like that? Certainly, no one I’ve ever met,” she said.

Tennis fans on Twitter praised Djokovic’s fantastic aim and even created a movement to raise money to give Djokovic for his swift victory.

“$4 million isn’t nearly enough for him. We hope to raise another $10 million by the end of the month,” Twitter user Djokovic_Stan67 said.

In light of his recent success, Djokovic has decided to retire from tennis and travel the world teaching kids how to hit people in the neck—just like the masters. It is said that he will be going to France next Tuesday.

Never before has the world witnessed such an exhilarating tennis tournament with a satisfactory ending. Good job Djokovic—you took our breath away (and most certainly Miss Clark’s).

Abigail Liu is a staff writer for the MC Sun. She is on the school's varsity tennis team and works with Re-Project PUSD as a film lead. In her free time, she can be found in her natural habitat, hunched over a computer, typing away.
Previous Nancy’s Bad Hair Day
Next Trump Contracts Covid-19