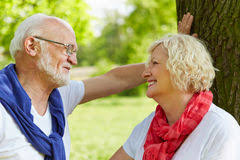 Sean Spicer walks onto the stage and the crowd goes wild.  The spotlight has just enough room for Spicer and his arm candy, Lindsay Arnold. As the music starts, it is hard to tell exactly what style Spicer is moving to, but that is insignificant. As the backup dancers waltz into the background and the stage sets a scene more magnificent than America’s Got Talent, the audience oohs and aahs at the star of the show: flat-footed, stiff, and stumbling Spicer.

There are TV shows for the admirers, professionals, wannabes, and of course, the majority.  Every Monday at 8pm sharp, parents and grandparents across the country tune into the fifth best dance show in America, Dancing with the Stars, according to Ranker. This uniquely designed show has managed to pull in the majority: those who want to watch a dance show without actually watching a dance show.

Dancing with the Stars is an excellent example of a show built for the people. Viewers watch performances without feeling insignificant, vote for dancers whose fate lies in the hands of the public, and are able to critique stars as they unsuccessfully attempt to deliver a flawless routine.  Dancing with the Stars presents dance seen in an introductory dance class within an exquisitely wrapped package that expertly fools the more than willing public into thinking the stars are in fact the best of the best.

Viewers know the results of Dancing with the Stars are in their hands, and so, with an adrenaline rush similar to that of voting, they rely on instinct and limited knowledge to make the best decision possible.  Because dance stems from an innate ability to connect with the viewer and move them emotionally, the relationship between dancer and viewer is often what moves a star into the finals.  Jane Doe might have the synchronization and talent to impress, but the second arthritis prone Buzz Aldrin hits the dancefloor, hopeful Jane Doe is a thing of the past. When it is finally time for a winner to be crowned, there is a good chance the most famous star will take home the trophy.  This is to be expected of course, as the only thing more thrilling than a dance competition is a good old fashioned popularity contest.

Devina Tavathia is the Entertainment editor for the MCSun. She is currently a junior and enjoys exploring her creative side through writing and dance. She is also on the Varsity Track Team.
Previous Melanie Athans: A Choral Prodigy
Next Coronavirus vs. the movie industry 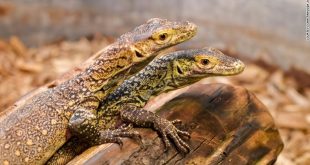 Women everywhere are finding their voice and empowering each other to do the same. By …