The hottest event of every other year: the Midterm Elections 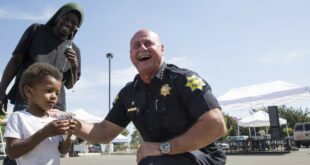 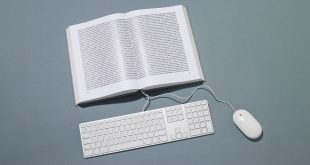 Lace up your Oxfords and button up your blouses, it’s time for the classiest event of the year. Grab your voter ballots and your registered friends, and get ready to Glam Up the Midterms.

Billy Eichner, most commonly known for his show Billy on the Street, is determined to attract votes for the midterm elections. The midterm elections are severely overlooked in contrast to the presidential elections, and Eichner has the perfect plan to change that. There is essentially one reason for the sad unpopularity of the midterms in the electoral hierarchy: the race is different for everyone.

e dire, as the winner at the finish line will be leading the country for the next 4-8 years. Midterms are dismissed because the candidates differ depending on the district. Additionally, the thought, “what do all these small positions mean, anyways?” haunts most. What these voters do not realize, however, is the influence the midterms have to redistribute the balance of partisan power in the country.

On an extreme note, if Democrats can gain control over the two houses of Congress by 2019, impeachment may become a reality for President Trump. More Democratic positions presents a far greater likelihood for them to entertain and endorse impeachment articles. Generally speaking, however, Republicans will lose the power to present bills to the president with only their votes, essentially diluting their ability to push through their legislative agenda. On the flip side, if the GOP were to attain a stronger grip on the houses, the repeal of Obamacare, welfare benefits and an increase in tax cuts would not become unlikely.

Democratic power in the Senate would result in their ability to veto future Trump’s nominees. There are 36  governors’ races on the ballot and forty-two senate seats open, both of which currently hold Republican majority. More state and governor seats makes it easier for either party to pass legislation across the board.

With that said, these races are complicated, and only the most politically loyal liberals and committed conservatives actually manage to keep up with them all. It is for that very reason that Eichner is visiting districts and states with swing races all across the country (such as Texas-23, Pennsylvania-7, California-49,  and Virginia-10) to let voters of different areas in on the races that directly pertain to them.

But, classy events are nothing without a little humor, so popular entertainers are joining forces with other TV hosts, such as John Oliver, Andy Cohen, Jimmy Kimmel, with a special appearances of Funny or Die’s Ron Burgundy, played by Will Ferrell, to get the project done. Their main motivation? The fact that only 12% of millennials voted in the last midterms, while88% of them indifferently ate potato chips from their coach.

The GUTM team sees voting as a privilege, and believe that elections have consequences. In the words of Eichner himself, “The one productive thing you can do to change the course of things or support what’s happening, if you support it, is to go out and vote.”

Sarah Kadous is an 18-year-old political activist from San Diego, CA. When she's not fulfilling her duty as the Co-Editor in chief of the MC Sun, the News and Activism Editor of Pure Nowhere Magazine, and Co-Director of March for Our Lives San Diego, Kadous religiously drinks cold brew and listens to the soothing soul Luiz Bonfa.
Previous There is such thing as humane meat
Next Deadly dodgeballs 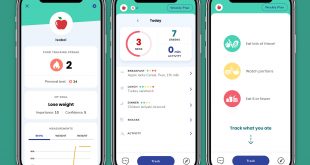