The Rittenhouse Trial: A Rude Awakening Regarding White Privilege and Systemic Racism

The Palestinian Struggle for Liberation Affects Everyone 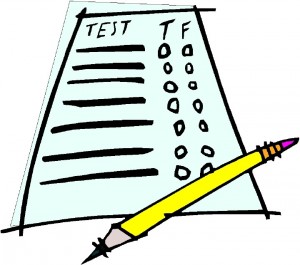 Grades. It’s a word that many students dread to hear. Unfortunately, it’s a necessary evil to get into college. Some students, me included, want to do the least amount of work to get the best possible grade.

I feel that this should be implemented in all schools because I believe this would encourage students to work more. Some “A” students are satisfied with a 90 or a 91 because that’s all they need to do to get the highest GPA, but the use of such a system would encourage these students to study harder and to improve their grades.

However, I think that the proposed GPA scale should only apply to ‘A’ grades. B+s and C-s should remain as 3.0s and 2.0s respectively. A is the highest grade and people should be encouraged to work hard if they want to get the highest grade. In my opinion, the main purpose of a new grade scale would be to reward the people that actually study. Many of the “A” students are slightly smarter than the average student and these “A” students should not be given the same grade as someone who worked hard every day and studied.

By working hard, students learn skills that will help in a real job. If you tried to finish all your work last minute, as many “A” students tend to do, in a real job you would quickly find yourself fired. However, hard workers that actually take their time to work and do their best effort would get promoted pretty quickly in a job. Why shouldn’t it be the same for high school?

Grades are very important. But many of the people who get an “A” are barely expending energy to accomplish it. Weighting ‘A’ grades would encourage people who would otherwise be satisfied with an 89.5% to study for tests and to improve themselves. Also, hard workers would already employ those tactics would be rewarded for them. A weighted grading scale would help ‘A’ students with real life work and  college education, where studying is far more important than talent. Slackers should not be rewarded because they are slightly smarter than the average Joe.

Thomas Jung is a member of the MC SUN. He is well-known for being awesomely Asian. Thomas’s favorite food is rice. He enjoys writing and doing various other activities. He also enjoys eating watermelon while watching anime. Thomas is objectively one of the greatest writers of all time next to Thomas Jefferson and Robert Jordan. Be sure to say hi if you ever see him!
Previous Build-A-Kid Workshop
Next Olympian in San Diego

Biden’s Handling of the Border Crisis

The situation at the southern border has hardly improved, leaving those seeking safety and a …