MC Sports- Back In Full Swing 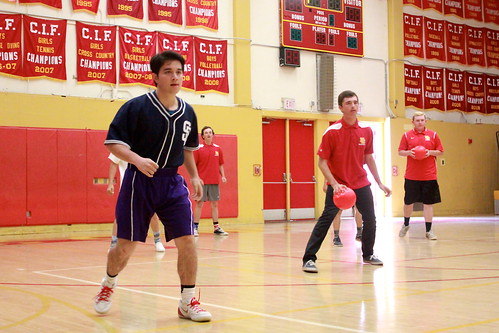 Summer means a couple of things: the beach, hot weather, and dodgeball season. On Friday, the champion team YSqua! won against the MC boys soccer team, Carlito’s Angels. After playing against the varsity soccer team for the second time, the boys baseball team won by a wide margin.

Originally, the bracket included 13 teams composed of several groups of friends and sports  teams, and began on Monday at lunch. Through a process of 17 games, teams were eventually narrowed down to a final championship game. Several strong contenders included the softball team, Left Bench, and the sophomore boys team, Gump Squad. Although the final championship game was delayed slightly from its original date of June first, Sundevils still showed up in solidarity of their favorite players.

“We weren’t really prepared to play so it could have been a lot better, but we still  had a lot of fun,” she said. “We didn’t win, but dodgeball is just so fun to play.”

Shalom is a sophomore staff writer who loves chocolate covered pretzels and can commonly be found on the beach. She enjoys swimming, playing guitar, and is probably a little sunburned.
Previous Athlete of the Year 2015-2016
Next MC Color Guard

Like countless events around the world, the 2020 Olympics have been postponed. This is the …