The consistent pay gap between essential and nonessential workers

Today marks 50 years since the Kent State Massacre- how far have we come?

With over eight hundred million users, TikTok is the social-networking hub for teenagers everywhere. It’s a video-sharing service created by ByteDance, a Beijing based company founded in 2012 by Zhang Yiming,   that is used to create short lip-sync, comedy, and talent videos. In 2017 TikTok was launched for iOS and Android, aimed at markets outside of China, and has since earned many comparisons to the former viral comedy app, Vine.

Although at first glance TikTok seems like a harmless source of entertainment, it’s actually far from that.

To start, TikTok’s copyright policies completely infringe on its users’ privacy. When users agree to the terms and policies, they are agreeing to a complete take over of their device’s data.

The following statement was put on the TikTok website under ‘Information We Collect Automatically’.

“We automatically collect certain information from you when you use the Platform, including internet or other network activity information such as your IP address, geolocation-related data, unique device identifiers, browsing and search history, and Cookies,” TikTok said.

This means that upon downloading the app, TikTok automatically gains access to the user’s images, messages, and data about other apps. It also tracks the sites that TikTok users visit, their search history, keystrokes, and even location. Although it may seem like such an invasion of privacy that no one would feel comfortable keeping it on their phones, it’s quite the contrary. Gen-Z’s culture is heavily reliant on TikTok, as it is the most used and the most entertaining. It’s easy to dismiss imperceptible privacy issues when the app is so addicting and entertaining at the same time. The only ones to take real action and call this privacy issue out as it is are the people at the Pentagon. Due to how violating the app is, they have banned the use of TikTok on government phones.

“It is considered a cyber threat. We do not allow (Tik Tok) on government phones,” Army spokeswoman Lt. Col. Robin Ochoa said.

TikTok’s controversy stems far beyond its privacy issues, as it also possesses a systematic favoritism of skinny and ‘beautiful’ creators by the TikTok developers, which has led to the popularization of videos with euro-centric and sometimes unrealistic beauty standards. According to internal documents obtained by The Intercept, the App’s developers instructed moderators at the headquarters in China, to suppress the content of users deemed too poor, ugly, or disabled for the platform. These same documents prove that moderators were also told to censor political speech in TikTok live streams, punishing those who harmed “national honor” or broadcast streams about “state organs such as police” with bans from the platform.

A comment by one user that received one hundred seventeen thousand likes read, “I’m not hungry I’m not hungry I’m not hungry I’m not hungry,” was posted under a video of 21-year-old American singer Madison Beer dancing. The singer has opened up about how bringing yourself down isn’t a compliment, and that such comments can in fact ruin someone’s confidence and self-esteem. She responded to the user by saying, “bb, eat please, remember everyone has different body types & yours is beautiful. I hate these comments! EAT PLEASE (and drink your water).”

This constant pattern of users self-deprecating in an attempt to compliment others has created a toxic environment. Viewers are left hating their bodies due to the lack of body and racial diversity  in the content being presented to them, and the creators are faced with bitterness and are left feeling guilty for being confident enough to post about themselves.

TikTok has made no efforts to change their privacy policy, or better the experience of its users in that people can express themselves with no toxic backlash.

TikTok is an addictive social networking platform that is spreading nothing but hate and emotional misery. The cancel culture on TikTok is more aggressive than anywhere else, including the hostile people on twitter, and has done considerably more harm than good. It’s common for females on the app to get canceled by means of receiving an intense stream of hate, despite the fact that some have sincerely apologized for their ignorance, for using derogatory racial slurs or disrespecting other religions.

However, the ‘attractive’ male creators who use derogatory terms and racial slurs regularly and have not apologized, are facing little to no repercussions for the actions. The mindset of the moderators of TikTok has spread to its users in that the judgment of creators is completely physical. Once someone is deemed cancelled, there is no coming back no matter how much they’ve changed, unless they are ‘attractive’ enough to be forgiven.

Such an environment has led some big creators like the most followed person on TikTok, Charli D’amelio, to make videos and write tweets ranting about how their fame isn’t worth the hate. It wasn’t until people actually responded to the hate they were getting that others began to grasp how dangerous their comments can be. While some have stopped, the majority hasn’t.

TikTok may serve as a source of entertainment, but it’s cons outweigh its pros. Before opening the app, one must decide if compromising their mental health and privacy is worth it for some fifteen second videos.

Sophomore, Ro'aa Alkhawaja, loves her self a good week of binge watching Gossip Girl and eating more nutella sandwiches than should be humanly possible.
Previous The Most Ignorant COVID-19 “Victims”
Next All American For the Win 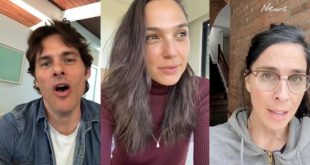 The Most Ignorant COVID-19 “Victims”