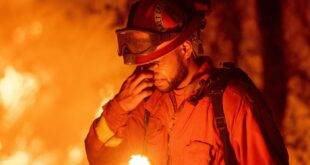 When  child is born, his or her mind is similar to a blank canvas- unmarred by the black horizons of prejudice and the foreboding shades of bias. Throughout the formative years of a child’s youth, the educational system plays an influential role in shaping a child’s attitudes and opinions regarding the world they live in.

Toleration is one of the most essential values emphasized in our society today and from the early days of preschool, children are taught to have a sense of empathy with others and be accepting of all individuals. However, throughout the last several years, grade-level schools have begun the process of secularizing “holiday” activities, removing any items that have religious significance such as Santa Claus figures, Dreidels and other religious paraphernalia.

Although this cover-up of religious differences may be a way to avoid criticism, schools are depriving children of the opportunity to develop a sense of tolerance and empathy towards those around them.

If children are not openly educated about the various religions and cultures that exist within society, they grow up in a state of ignorance and will be more likely to form inaccurate, discriminatory judgements towards those different from themselves.

A child naturally gravitates towards those with whom they share similarities and if this behavior is not questioned or changed, it can carry on into adulthood and affect the way in which an individual interacts with his or her peers. By presenting children with the concept of religious differences in schools, they are exposed to and educated about these diversities in a non-threatening and non-biased environment.

The elimination of “religious references” from classroom holiday decorations also appears to be somewhat of a ridiculous measure. Removing a picture of a Christmas tree or a Menorah does little to change the fact that religious traditions do exist, and yes, there are more than just one.

Religious freedom and freedom of expression are basic human rights and by refusing to acknowledge the presence of various religions, we waste the liberties with which we have been endowed.

In an effort to build toleration within the youth of our society, it is important that we keep the holiday spirit alive in the classroom and paint the minds of children with a diverse and enlightening array of ideas.