All high schools have the club classics: drama, science olympiad, key club. For the most part, students will attend meetings so they can say they did something extra in high school. For MC, students have the opportunity to go beyond extra by involving themselves in rock climbing club, badminton club, and spike ball club. 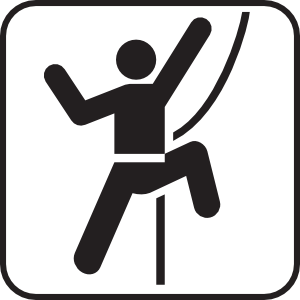 MC biology teacher and rock climber Jodee Janda hadn’t thought of creating a rock climbing club until she was approached with the idea.

“One of my students ten years ago knew I was a rock climber and asked me to start the club,” Janda said. “I thought it was a good idea to teach about certain skills you need to be a climber.”

Maintaining a club of this caliber takes time and equipment, but Janda is willing to put in the work, so long as her students are, too.

“You have to be dedicated and practice a lot to become a good rock climber,” Janda said.

MC senior and club president Asia Tholander, an avid rock climber, participates in the many activities the club holds.

“I love rock climbing; i like the atmosphere and that a lot of the people are really chill,” Tholander said. “I like that we do indoor and outdoor trips. We learn how to tie certain knots and safety precautions. At the gym visits we climb at Mesa Rim and get stronger and better at climbing.”

MC senior and club vice president Minh-Khoa Tran joined the club to excel as a climber and to be involved with something different.

“Getting to do something I wouldn’t normally get to do with a lot of other people who enjoy doing the same thing is really cool,” Tran said.

The club has several Mesa Rim, rock climbing gym, visits per trimester as well as a few outdoor trips throughout the year. 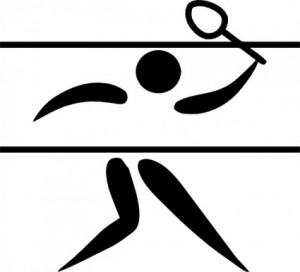 Badminton is enjoyed by many, and MC PE teacher Patsy Malta can tell you that twice.

“Kids have badminton PE and they really enjoy it,” Malta said. “They asked if they could start a club. Last year we had a club but it kind of dropped off, but this year a couple of seniors wanted to start it up again.”

MC senior Duy Dao joined the club to keep up with an activity he can’t normally do.

“There is no badminton team [at MC] so we have the club,” Dao said. “We can play badminton with friends at a fast-paced speed. It’s fun.”

There is no need for anything fancy, as the students involved are genuinely interested in playing the sport and hanging out with schoolmates.

“We just play badminton,” Malta said. “We don’t do the club rush or anything and we don’t need money [to run the club].”

Why, then, would a teacher want to spend extra time on something like this? Malta’s satisfaction is knowing students can enjoy themselves through exercise.

“I like seeing the kids being active and playing and hanging out with each other,” Malta said. “Badminton is fun!”

So stop by the gym, Fridays at lunch to discover this one of a kind club. 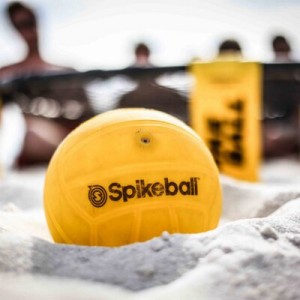 What is spike ball? Many students at MC couldn’t even answer that, even though they have probably passed the spike ball club practicing during lunch many times.

“There are about 15 of us in the club,” MC junior Nick Gabocy said. “It started up around last year. We wanted to be able to play the sport at school.”

It’s a newer club and a fairly unknown sport. It’s open for all students to join and it can be easily taught to anyone.

“[spikeball] is a fun sport, it’s easy to play and anyone can pick it up,” Gabocy said. “It’s good for both boys and girls.”

MC junior Zack Schaller has enjoyed his lunches growing as a spike baller as well as forging new friendships.

Such an interesting pastime is overlooked by better known hobbies. The people fortunate to have found this hidden gem compete openly during school and others are encouraged to join them.

“I am definitely passionate [for the sport],” Schaller said. “We all are.”

Next time you see a yellow ball rolling towards your feet Fridays at lunch, toss it over to the spike ball club and check them out.

Laura is a senior at MC and news editor on the SUN staff. Besides a passion for chickens and ranch houses, she enjoys the unpredictable nature of life.