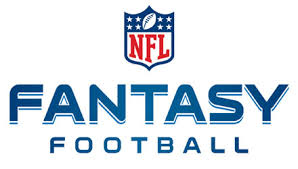 “Well you’re not 7-0 in the league, are you?” Senior Ian Lemersal said to his adversaries.  Seniors Mike Devine and Brandon Hopkins stare back coldly. The cause of rising hostility among friend groups is none other than Fantasy Football. The intense rivalry that encompasses this game is what drives the players, young and old, to pursue victory within this program.

Fantasy football  is a program run by ESPN that gives sport fanatics the chance to put together their own teams and manage them like a coach. Participants choose sixteen total (real life) players from different NFL teams, with nine “starting” slots and seven “bench” slots.

A Fantasy football “league” can be up to around twelve people, but one of the most competitive leagues is composed of eight MC’s finest football fans. The team is ranked as follows:

“The Really fun part is the trash talking within the league, because it’s not actually serious and it’s just fun to see how you do,” Hopkins said. But the program is not solely based on fun and games, It surprisingly requires skills involving picking the most able-bodied  athletes with the best averages.

“Fantasy football is a fun experience because it teaches you a lot about football and makes watching games more intense,” Devine said.

The Fantasy Football season looks promising for these young  go-getters, and as the season continues, so will their individual dreams of being the number one player in the league. Hopefully the mix of comradery and competition will push them to pursue excellence in this high-stakes tournament we know as Fantasy Football. You can catch the group at Wings-N-Things every Sunday any time between 12:30 and 2:30 pm any given Sunday.

Jordan is a Senior and runs on the MC Cross Country & Track team. She loves to laugh and tries to make puns all the time which aren't really funny. She is an energetic, friendly girl who you can count on. She also eats a lot of chocolate and sour patch kids...so maybe that's why she has so much energy.