In the past few months, some of MC’s students wanted to stray from the stereotypical San Diego Summer. There’s nothing wrong with going to Del Mar’s 18th Street or the annual County Fair, but the MC Sun staff sought to go off the beaten path and really discover what this city of ours has to hold.

At Queen Bee’s, lyrical poetry and spoken word reign supreme. Upon entering, attendees see the crowd filled with life and excitement about the evening’s performance. Locals and newcomers alike share the experience and watch in captivated awe as the poetry readers unfold works on heritage, masculinity, and cultural appropriation. What struck us as the most surprising element was poetry relating to the death of Alton Sterling (tied into Black Lives Matter), which occurred only a few days before.  The poetry slam had elements of cultural and social commentary while still remaining a true art form in the community.

Balboa Park is well known for being host to the majority of the city’s museums. We got lost in the art museum’s many rooms and unlocked our inner child in the interactive science exhibits. A new discovery was the Museum of Contemporary Art on the edge of Little Italy. It is home to changing installation art pieces, and even though the museum is small, it is overwhelming due to the size of the art pieces. The work of the summer was Do Ho Suh’s recreation of his New York apartment made out of transparent fabric and delicate wires.

After many a beach trip, I found myself spontaneously ending up the coast by Swami’s. This area is known for its Meditation Garden and Sanctuary. If you can overlook the few scattered tourists, your eyes can settle on the solo meditators; almost blending into the background of twisting verdant vines and foliage. Trying to recreate their positions of relaxed poise, I got to breathe in the sea air and clear my mind of all the chaotic paraphernalia. Definitely a go-to for around finals time.

With the ACLU I was fortunate enough to march in this summer’s Pride Parade in Hillcrest. With the school’s Social Justice Club, I made posters and chanted and sang and danced. The whole atmosphere was filled with love and color and positivity all around.

The last time my friends and I went to the Birch Aquarium was in elementary school on a science field trip. This summer we went to the aquarium multiple times and walking around the tanks and tidepools brought back nostalgia and we gazed and got lost looking at the placid sea life. We also noticed things we didn’t as little kids; the different complicated family and genus names of the fish and the signs describing the exhibits and different habitats. I also got to test out my film camera and am anxiously waiting for the negatives. 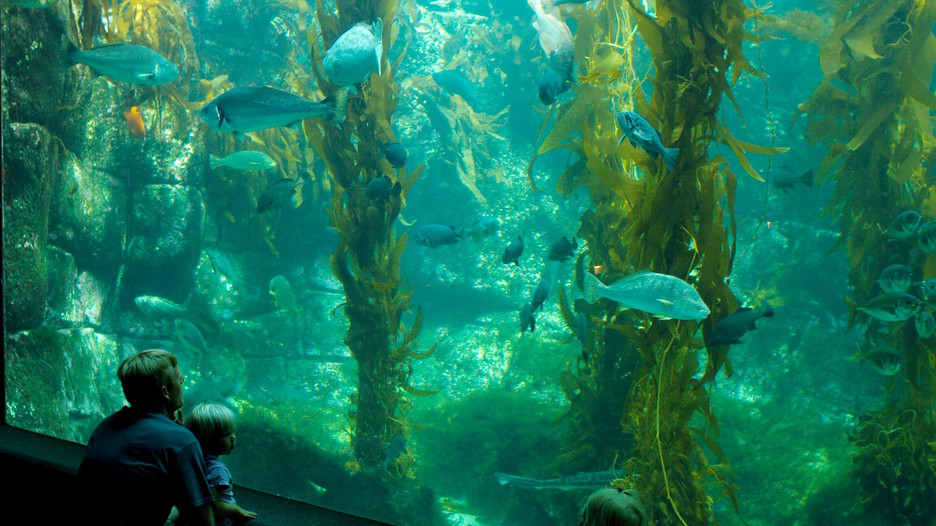 Quite last minute, my friend suggested we go see an outdoor movie that was part of Comic-Con’s independent movie screening. Not knowing anything about the plot, specific location, only knowing that it was a children’s adventure movie, we set out downtown and ended up on a ferry to the Coronado Ferry Landing (where we could see the entire city’s skyline). There, “The Amazing Adventure of Jojo and his Annoying Sister Avila” was set up to play, apparently with 4-D features. We spread out our blanket, snacked on caramel apples from a nearby vendor, and watched the screen unfold a movie truly based around the innocence and naivety of two children. After the screening, the director and his family (who all starred in the film) answered  questions and it made the whole experience even more personal and meaningful. The movie was brilliant and full of laughs and action, but my favorite part was how I got to share the evening with my friends doing something none of us quite knew what to expect.

My father surprised my brother and I with tickets to go to a Science and Nerd Culture Comedy show called W00tstock featuring “Mythbusters” star Adam Savage. I was ecstatic, because as a kid, I loved to see the quirky personalities of the Mythbusters on TV performing grown-up science experiments. As we entered the theatre, we were surrounded by a variety of characters; some costumed from the con, some not. On the screen the W00tstock Twitter page was up and the audience got to live tweet. The screen was instantly filled up with Pokemon Go jokes and “Game of Thrones” references. The show as a whole ranged from stand up comedy by Mr. Savage to musical performances to miniature Ted Talks about the solar system. The audience was outstanding as they joked along with the performers and brought a sense of interactive life to the show. All good things must come to an end. I learned this as I said goodbye to many friends as they went their separate ways and onto their next adventure. Foreign exchange students and graduated seniors alike slowly trickled out of San Diego in a stream of tears, endless hugs, and promises to stay in touch. I saw Mady go to Virginia, Anna back to Germany, Morgan to Santa Cruz, and had to say goodbye to my only brother as he headed off for North Carolina, 2,254 miles away from home. But I must keep in mind that goodbyes are not meant to be forever and that I’ll see their smiles soon enough at the holidays. 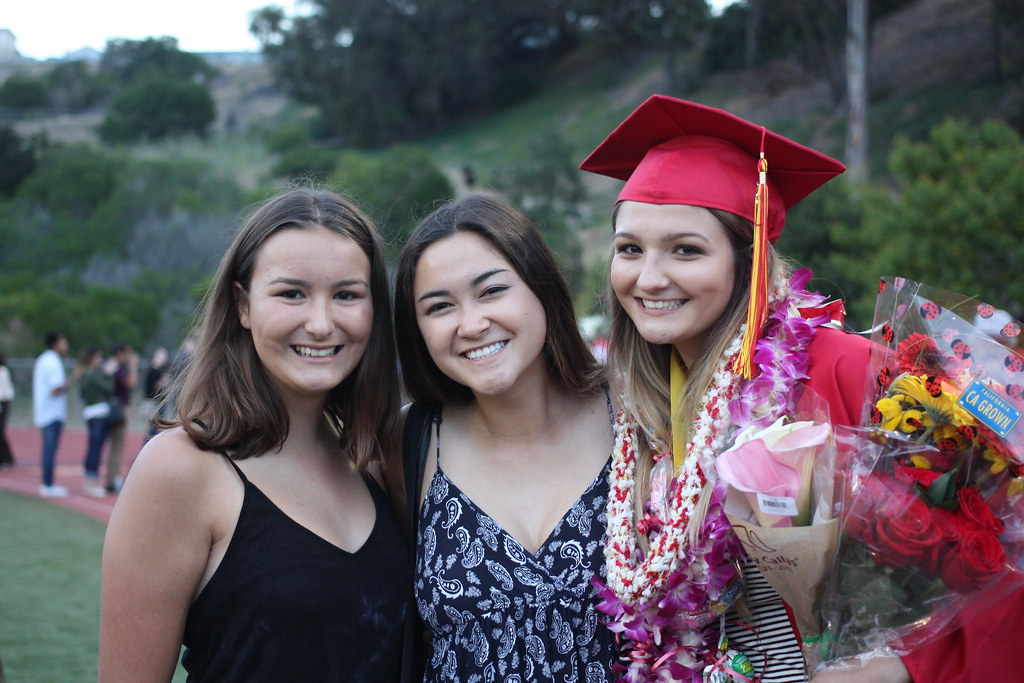 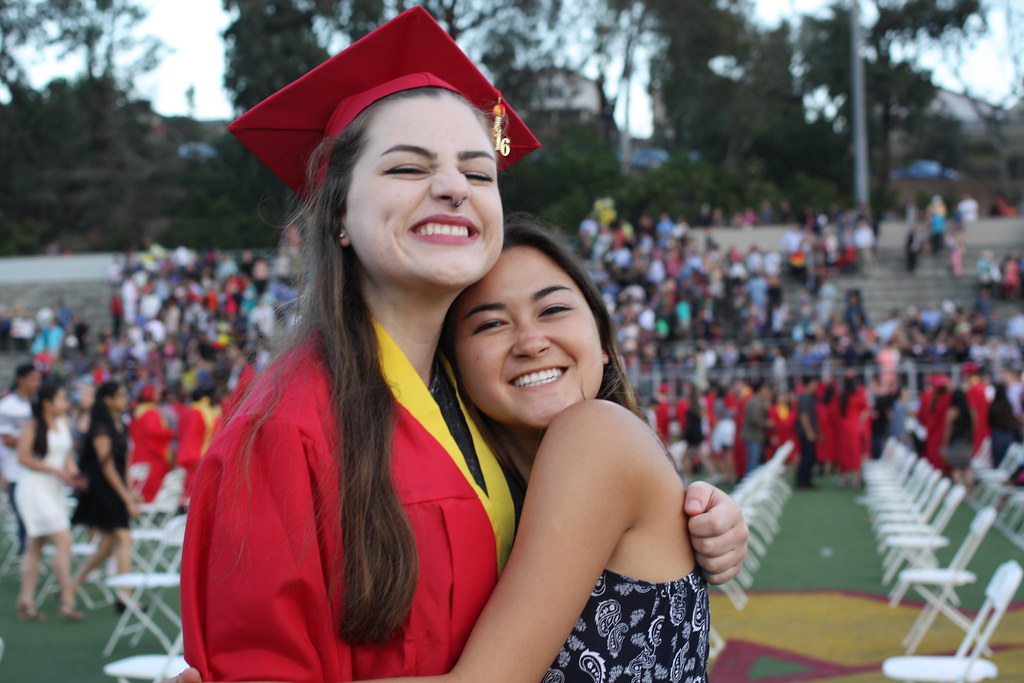 Francesca is a senior and currently a photographer and a Co-Editor-in-Chief for the Sun. She enjoys studying astronomy and watching period pieces. At MC, she is involved in Peer Counseling, Friendship Club, and the field hockey team. In the future she plans on attending UC Berkeley to major in Global Studies.