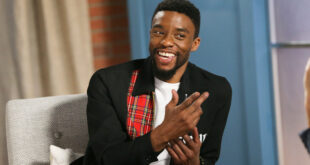 America’s favorite obese rapper, Rick Ross, finally dropped his latest album, Mastermind. As his sixth studio album, perhaps Ross is running out of steam. One can only flaunt his riches and “gangsterism” so much before it gets old. Especially since rapper 50 Cent outed him for being a former corrections officer.

The album features guests rappers such as, Kanye West and Big Sean in one of the most popular singles, “Sanctified.” This particular track brings a gospel vibe to the secular album. Basically, Ross, West and Sean brag about their social status over the hook.

There are also features such as Lil Wayne on “Thug Cry” and The Weeknd in “In Vein.” Lil Wayne has long since lost his spark, so his featured rap didn’t do much for the unoriginal song. Tupac already taught us that thugs absolutely cry, we really don’t need Ross to remind us.

The Weekend singing the intro to “In Vein” was a smart move. It brings eeriness to the track, but then Ross goes on to rap about his same old stuff. He had a hard life, he worked hard to get his money, now he’s rich, blah blah blah. Every song is practically the same. He also makes a point to rap about his favorite lemon pepper wings in several songs, which although was slightly hilarious, it doesn’t make his so called “bars” any stronger. We all know Rick Ross likes to eat. There is no need to rap about chicken wings in every track. For an album with strong beats the bars were unfortunately weak.

Rick Ross on Jay Z’s album didn’t really work and Jay Z on Rick Ross’ album doesn’t work either. In “The Devil Is A Lie” Jay Z has a couple of verses that do not add to or take away from the track. It’s just plain boring. The repetitiveness of the hook isn’t something you can really vibe to. You can sing along until you feel like a zombie repeating “The devil is a lie” for 3 long minutes. A repetitive hook and a looped beat is not original or the makings of a hit.

Every other song on the album is rather forgettable. Overall none of it sticks with you or has you humming for the rest of the day. There is no doubt that Ross came up, but perhaps he should just stick to eating wings and producing Maybach Music Group.

Dominique was born and raised in Fort Worth, Texas. She moved to San Diego her freshman year and started off high school as a Sundevil. She's played volleybal for the school since she's been here and is now on Varsity, she also joined staff as a sophomore. By her junior year she was appointed to the News editor. Another accomplishment would be when she was chosen to be a Sundevil Standout her sophomore year. Dominique has had a colorful Sundevil experience and looks forward to many more.
Previous Swim and dive defeat Del Norte
Next End the ‘R’ Word Campaign