Almost every student at MC knows someone personally who has faced cancer, perhaps one of the most demoralizing diseases in America today 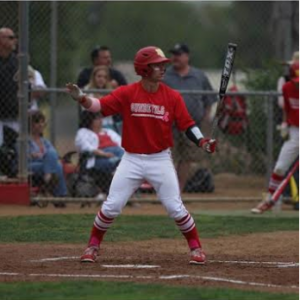 According to Junior Tyler Strangman, the purpose of the game was to increase awareness about breast cancer.

“We wanted to have a game where rival schools came together to bring a more positive light to an unfortunate disease,” Strangman said.

The game was open to the public and was catered free of charge by Jalapenos, a Mexican restaurant in Carmel Mountain.

Both the MC and WV teams ordered special jerseys that had the names of people they know who have faced or are currently facing cancer. They wore them through the game and at the end, all shirts were auctioned off.

The game was won by MC in a walk off. They scored their last run at the bottom of the seventh inning winning the game 4 – 3.

“It was honestly one of the best experiences I have had with baseball,” Strangman said. “The whole team felt an overwhelming connection because it is one thing to win against your rival school, but another to win a game like this.”

Students and parents donated various items to be auctioned. These included the special jerseys worn that day as well as gift cards. The biggest item was a two night vacation for this summer.

All in all, the day was a successful fundraiser and Junior Jacob Wexler explained how he felt about the game.

“Of course, there was a friendly competition that day with WV, but as the game and day went on, it ended up just being a good day of baseball,” Wexler said. “And it didn’t hurt that we won!”