Boys golf: on the final stretch

MC Sports- Back In Full Swing 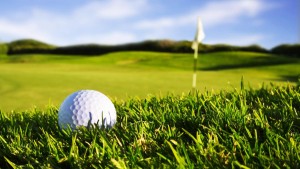 With their last meet, against Torrey Pines, scheduled for April 30, the boys golf team is making their final run with sock tans and eager grins. Their latest match against Westview ended with results consistent with what has been seen throughout the season.

Although they are not defeating other teams frequently, each player has gained a lot of exposure to the sport.

“The best part of the season is getting experience in competitions,” senior Zachary Ater said. “Going into [the season] I was really nervous, but once I got used to it I started enjoying it more.”

The team’s main focus at this point is getting down the fundamentals, and growing from there.

“Since our team is mostly new players, we often times struggle with consistency, but we are getting better,” Ater said.

While the team steps up their game, the future of the program still remains unsure, as the majority of the players will be graduating this spring.

“So far there are only two returning players, so I’m not sure what the future of the team looks like,” Ater said.

Freshman Jacob Lim is new to the program, but he, as well as the other underclassmen, aims for four years on varsity golf.

“I want to improve my game [this season] and send off the seniors,” Lim said.

Lim looks to the future of the program with positivity, hoping to see a strong turn out of new players.

“I’m hoping next year we get some freshman so we have a solid team,” Lim said. “It’s going to be fun next season, since we’re going to have all new guys, so it’ll be like a clean sheet of paper.”

The team continues to work well together, which produces positive energy during matches.

“We are all pretty close friends, which makes for a really good team,” Ater said.

The team hopes to see some success before the end of the season, which is approaching quickly. Recruitment remains a common goal, for security of matches and of friendships.

Laura is a senior at MC and news editor on the SUN staff. Besides a passion for chickens and ranch houses, she enjoys the unpredictable nature of life.
Previous Will sport programs last?
Next Texas Quidditch triumphs at the World Cup

Like countless events around the world, the 2020 Olympics have been postponed. This is the …