Breaking News
Home / Opinions / Columns / My Life in Suburbia: The world of concerts

My Life in Suburbia: The world of concerts 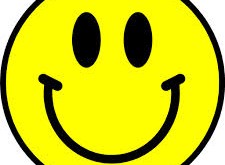 If you’re happy & you know it

As the lights dimmed, there was a noticeable change in the hot, sweat-infused air.  Impatient chants of “FTP! FTP!” voiced by the swarm of bodies in every direction quickly turned into a deafening cheer of excitement.

My friend and I joined them, and the crowd seemed to unite instantaneously as fog crept its way onto the stage and colored lights zoomed across the arena.  Foster the People had finally showed up, opening with a psychedelic number that had everyone dancing to the beat.

This was my first concert, and I found this new world ridiculous, insane, and beautiful all at the same time. My friend and I had waited for hours both in line and in the arena, encountering the most annoying concertgoers from the touchy couple practically trying to conceive to the groups of idiots who attempted to cut everyone and squirm past tight spaces in the pit.  Hell, a fight almost broke out between two girls behind me right before opening act. The friendly college student next to me even told me this was the “most annoying concert” she had ever been to.  And I agreed: a lot of these people were unbelievably obnoxious.

But something changed when the music started.  It was almost magical.  A room full of strangers, many of whom would probably maul each other to death given the chance, was united by their love for music.

If you think about it, that is pretty extraordinary.  I had the time of my life carelessly dancing and singing along with strangers, knowing that no one cared about how ridiculous we all must have looked, because we didn’t feel ridiculous at all.  We were all there to get lost in our own worlds, to quite literally lose ourselves in the music.

Feeling the rhythm pulsing through my veins, I realized that there was one quality that spanned concerts of all genres – they united all kinds of people.  Music is universally loved.  For me it is an essential part of my life and unlike anything else.  In fact, I’d like to think that every single person in the world likes some type of music.

Mark Foster himself said one of the most profound things I had ever heard during the middle of the concert:, “This combination of people will probably never be in the same room again. … I look around and I see an infinite being.”

Brianna Ganzon is currently a junior who enjoys the finer things in life like going to the beach, eating frozen yogurt, scuba diving, watching Doctor Who marathons, listening to alternative music, and hanging out around San Diego with her buds. She is both a cartoonist and staff writer on the MC Sun.
Previous MC Homecoming Football Game 2014
Next Bi the way…