Students Reveal Their Opinions on Reopening

A 36-year-old Missouri terrorist died  after violently confronting the FBI in late March. According to BBC News, he intended to bomb a hospital amid the COVID-19 pandemic.

Evidence suggests that the bomber exhibited clear signs of religious discrimination and white supremacy. BBC News stated, “[He] had previously considered attacking a school with a large number of black students, a mosque and a synagogue, according to the FBI.”

Authorities discovered the terrorist spent months constructing his plan to attack a Kansas-City hospital, using personally collected materials to create a makeshift explosive. The device was “vehicle-born,” according to an article by Time.

The Kansas-City facility he was targeting remains unidentified. However, according to an FBI statement, “[The bomber] considered various targets and ultimately settled on an area hospital in an attempt to harm many people.”

As FBI agents attempted to arrest the terrorist, he quickly grabbed an unknown object. Agents assumed the object was explosive, and shot him in an act of defense. According to BBC News, he was armed at the time of the shooting.

The attacker  was pronounced dead at a nearby hospital after the confrontation. In the following weeks, the FBI Inspection Division intends to investigate whether its agents made reasonable choices in regards to shooting him at the encounter.

Sofia Minich is a senior and Co-Editor in Chief of the MC SUN. She spends her time driving aimlessly and listening to 90s alt-rock or watching Dazed & Confused.
Previous The Hype House Tragedy
Next The Changing World of Education During the Coronavirus Pandemic 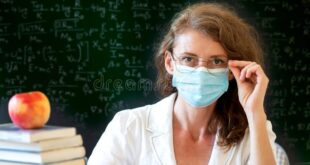