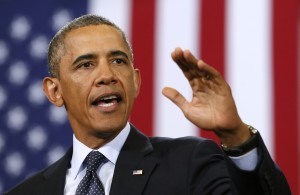 Ever since his presidential election in the year 2008, President Barack Hussein Obama II has indeed made a huge impact on the United States. With all his worldwide accomplishments, Obama will be remembered as a leader, our leader.

By winning the general election  in 2008 against John McCain, he marked off the promising start of his presidential career. In the following year, he was formally titled the President of the United States.

As our president, Obama accomplished many great tasks.  In the year 2009 on Febuary 17, Obama signed the American Recovery and Reinvestment Act of 2009 into law.  This was in response to the decline of economic activity, also known as the Great Recession. Due to this action, millions of jobs have been added to our economy and unemployment rates have lowered and stayed at 5%.

Perhaps for his most famous feat of all, Obama is certainly well known for the creation of Obamacare. Obamacare, in simple words, means that more Americans obtain affordable  health insurance. On March 23, 2010, Obama signed Obamacare, formally  known as the Patient Protection and Affordable Care Act, into law. Ever since then, the rates for uninsured citizens have lowered to below 10%.

Obama also made sure to take clear actions regarding the  LGBT situation. Obama put the Don’t Ask, Don’t Tell Repeal into action in 2010. This act refuted the Don’t Ask, Don’t Tell policy and finally allowed gays, lesbians, and bisexuals to openly participate in the United States Armed Forces. In congress, Obama clarified that he supported the inclusion of same-sex marriage. Furthermore, many briefs and Supreme Court rulings regarding this issue have been made under his watch.

In May of 2011, Obama sent out the order for an assasination of Osama Bin Laden. Laden was killed in Pakistan on the second by the United States Navy SEALS. On the following May sixth, his death was formally announced over social media.

Obama was formally sworn into presidency for his second term in the year 2013 on January 20.

Later on, after many negotiations with Pope Francis concerning the restorations of relations with Cuba, Obama formally announced the existence of Pope Francis’ support for diplomatic relations between Cuba and the United States on July 1, 2015.

Additionally, Obama announced the Joint Comprehensive Plan of Action with Iran on July 14, 2015. This deal between Iran compromised their manufacturing nuclear weaponry for sanctions from the United States along with other world nations.

On December 10, 2015, Obama signed the Every Student Succeeds Act into law. This act replaced the No Child Left Behind Act, and improved the educational system. With this act, school policy powers are shifted to offer local states more accessibility, instead of the government. It also ensures the educational  life of a child with the requirements of standardized material, tests, report cards, etc.

Finally nearing the end of this year, Obama kicked off his last year of presidency with his final 2016 State of the Union address on January 12.

These are just some of the major accomplishments that Obama has achieved throughout his presidential years. After eight years with his head in a sea of politics, Obama is finally stepping down from the podium, leaving big shoes for the next president to fill. On that note, America is currently eagerly waiting to see who the next president will turn out to be.