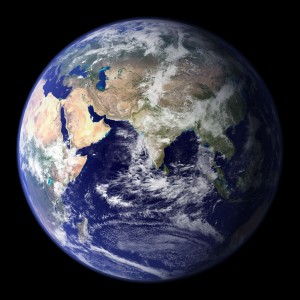 On April 8th, MC embarked on a journey to space.  Members of the MC Amateur Radio Club worked together to send a cube satellite into space and back down again.

“It went well,” junior Kasdan Bakos said.  “The rest of the team and I put some things together and we helped out the mentors who drove it. We did a lot as far as getting to learn [about the satellite]and putting the time into sending it up and getting it into space.”

The group has been planning the activity  for over a year and were very excited to get to experience this event.

“I was on the recovery team instead of the launch team,” junior vice president Kelsey White said. “I really liked looking at the pictures after it was completed.”

The club is now getting to look at and analyze all of the photos that the satellite took during the period the instrument  was in space.

“We really wanted to see the balloon burst because in previous space balloon projects we haven’t seen the balloon actually burst once it got to the compleat altitude,” White said.

Although some members were on the landing team, Bakos was one of the ones at the launch station.

“My favorite part of the launch was probably getting to see the balloon inflate because it was so huge,” Bakos said.

Although overall the launch was thought to be a success, there were a few minor setbacks that made it harder for the team to do what they needed to do to get in and out of space.

“It launched from the school at around eight,” White said. “There was a miscalculation with the weights, so there was enough gas put into the balloon that it went past where they expected. We were unable to retrieve it and had to wait [untill] the next day.”

Despite that, the team was able to get the satellite back and are looking into the future for even more space adventures.

“We are planning on launching this same balloon with improvements by the end of the year,” Bakos said.

Despite some minor issues, MC students were able to launch their satellite into space. It was definitely one small step for a few Sundevils, but a huge leap for MC kind.

Tatum Tricarico is a staff member on the MC Sun and is the unofficial video editor assistant. She is having trouble writing this bio because her awesomeness is so overwhelming and could not possibly fit in such a small space!