How Does MC Feel About Homeroom?

A fluffy surprise is on its the way to Birch Aquarium 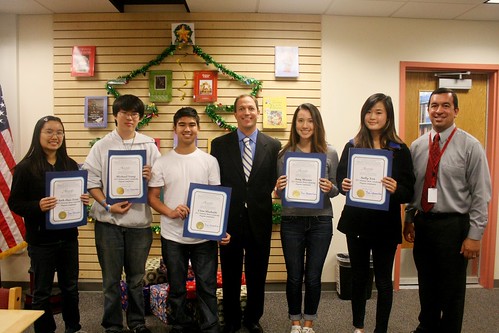 “This might be my greatest achievement ever, and it might remain this way for a while,” senior National Merit semifinalist Cina Shahabi said.

Shahabi was one of a number of MC students recognized by College Board for his or her academic aptitude shown on the Preliminary SAT (PSAT).

At MC, over 30 students received awards from College Board for their performance on the SAT, and MC’s administration felt it appropriate to hold a small ceremony congratulating the high-achieving students

“There are various levels that we represented here today. But when you get to semi-finalist, you’re in about the top 50,000 of the 1,500,000 people who took the test last year,” principal Greg Magno said.

The semifinalist level of recognition is the highest level achievable as of now (in the future, a number of semifinalists become finalists). Those who qualified as semifinalists include seniors Shahabi, Sally Yen, Amy Moran, Michael Yang, and Ann Tong .

So what are the benefits of being a National Merit semifinalist?

“Some colleges offer scholarships for it, so that’s helpful. I think it’s pretty cool that our school recognizes people,”  Moran said. “It opens up opportunities.”

Various students study for the PSAT and SAT with different methods. Like most things in life, students need to find what works for them.

“As long as you study for the SAT, basically you kind of do the same [on the PSAT]. I thought [ the PSAT] was the same [as the SAT], I got the same score actually,” Moran said.

Shahabi recounts his experience with preparing for the PSAT.

“It takes a lot of perseverance. It’s a lot of short term memory because after this test, I dumped everything I learned,” Shahabi said. “I did nothing until the last three days and I just piled up on Dr. Pepper and read through at least half of the SAT prep book. If you don’t like Dr. Pepper, you can get Red Bull. Monster is good too.”

Both Shahabi and Moran hope to continue their education into a four-year college. Moran hopes to be an engineer in the future, and Shahabi plans to be a computer science major.

If scholarships don’t interest you, there are still other reasons to do well on the PSAT in order to be recognized as a scholar.

“I did it for the cupcakes,” Moran said.

“You get free cupcakes and a really cool award; it’s shiny,” Shahabi concluded. 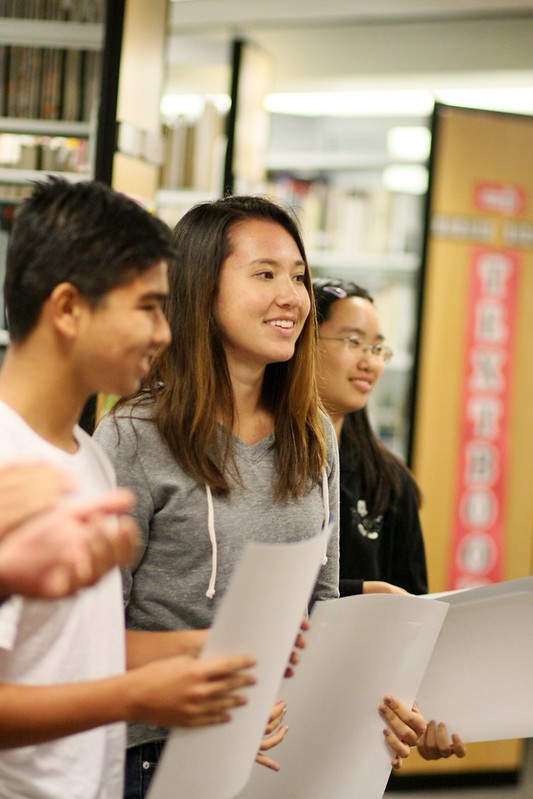 Steven is now a senior at MC, and Co-Editor-In-Chief of the MC Sun. He enjoys playing volleyball and has been playing it for a number of years now. Besides volleyball, Steven enjoys to eat in his free time. He loves Italian food, Hot Cheetos, and anything that's high in sodium.
Previous Team Reed vs. Team Kennan Battle It Off In the Recent Improv Match
Next Review: “Interstellar”-A+

New Year, New MC. Let’s see what everyone has to say about it.