Diversifying our Narrative: Changing the course of PUSD’s curriculum 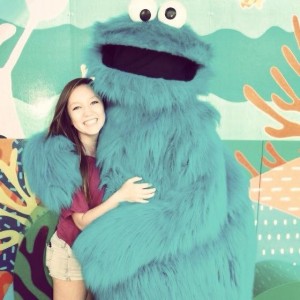 “I was born in Kazakhstan; my first seven years of life were spent living on the streets begging. I stayed with my three sisters, my mom was an alcoholic, and my dad was sort of a dead beat,” senior Indira Stachowski said as she reflected on her past.

“My sisters and I took care of ourselves. When I was around seven we were picked up by the police and spent the next three years in an orphanage where we met my now youngest sister. When I came to America I was nine; California had a 100% adoption rate which seemed great to me and my sisters.”

A year later, a drastic change occurred in the lives of Stachowski and her sisters, “My now adoptive parents saw us on the news in a program for adoption and adopted us. We then had to go back to Kazakhstan for a full year before we could be legally adopted by my parents now.”

As Stachowski fondly reflected on her own immigration, she said, “I loved it here! I had great parents but at the same time I was very scared. I suffered a lot of abuse and Kazakhstan was very afraid of men when I came here. As I got older, high school became very hard for me. I lived in a very strict household and people seemed very judgmental,” she said.

Stachowski now in her seventh month of pregnancy said, “When I found out I was pregnant, I was destroyed. I didn’t tell anyone for six months. I thought about abortion and then turned to adoption, but then decided that I couldn’t do it. I would never be able to put my own child through the adoption process that I went through. That’s when I decided to keep her.”

“My adoptive mother was pregnant at sixteen and eighteen as well, so when she found out, she flipped out that I was so young and that this was happening.     Which really tore me apart; I am not a stupid girl. I play sports, I don’t party or smoke, and I had so many other plans for my life that didn’t involve getting pregnant so young.”

Reflecting on her decisions, Stachowski said, “This has really forced me to grow up really fast. I went from thinking about myself, now it is all about her. I have to be mature for her. I went from being very immature to knowing that she is now my first priority.”

“She may not even be here yet but I am a new person because of her.”

When asked if she had advice for teenagers who are sexually active, Stachowki said, “Have respect for your body and choose wisely. I used to date guys that were druggies and went nowhere in life. Protection is not 100% and nobody ever thinks that it will be them. It only takes one time. I didn’t want to be pregnant, I am just dealing with this the best way that I can. I know that I need to take care of the baby and of me and I am really trying to make the best of this situation.”

With college being such a prominent feature in modern day society, Stackowski had to face her own reality.

“I’m going to college even though it will take longer. I had plans for my life before I got pregnant and I still want that same those same dreams. It’s going to be hard raising a child and focusing on school and a baby but I want a good future,” Stachowski said.

Stachowski plans after the child is born to not only keep the baby but also strive to create a better future for both her and her child. While her world has changed drastically in the past seven months, she stays positive for the times to come.

Speedy is the Editor of the most entertaining section, the Entertainment section. Raised by wolves, he is always hungry for another taco. He plans on attending either Oxford College or Cambridge University. He aspires to be the first human to visit Saturn. His favorite meal is burritos and churros. He is a Senior.
Previous Minimum wage vs. life wage
Next Polls Archive