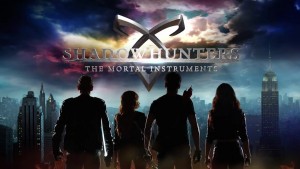 Shadowhunters come from a world where it is normal for demons to be lurking among the streets. Most of these demons are evil and harmful to humans. Shadowhunters are half human half angel beings, tasked with the job to hunt down these demons and protect the human world.

This TV series centers around a young teenage girl, Clary Fray, who does not know of her shadowhunter origins. Kept in the dark by her mother, Clary leads a normal life until her mother is kidnapped from the very beings that she was keeping her daughter safe from. Clary is suddenly pulled into a world where life or death are the consequences of her decisions.

With her words, author Cassandra Clare had painted such an alluring world of shadowhunters in her books that film artists felt the need to bring it to life for its fans. This is just what creator of the “Shadowhunters” TV series, Ed Decter, has decided to do.

There was no doubt that “Shadowhunters” did an excellent job in conveying to us a magical world filled with vampires, warlocks, and demons. Both the sets and the costumes were completed to perfection, along with the special effects. The shadowhunters’ lair, the hidden city of bones, the vampires’ hotel, and many other magical places were all brought to life. The appearance of the Nephilim swords were simply breathtaking as the shadowhunters fought their way through the dangers. Special effects were spot on and used very nicely.

The visual appeal of this TV show receives an A+. However, there is one thing that is not exactly applause worthy. The actors came in and blew it. Simple to say, the acting was downright unprofessional. Coming into these alluring sets, the acting made the whole reality of it shrink. To the viewers, the story just wasn’t believable anymore. TV shows center around the actors and their acting. If acting is below average, the whole TV show is brought down. This is exactly what happens to “Shadowhunters.” It’s a pity too, since all the preparation of the sets and costumes was skillful. Yet, the horrible acting ruined the entire show.

However, we do not know where this burst of unprofessional acting suddenly came from. Actors Katherine McNamara, Dominic Sherwood, Matthew Daddario and Harry Shum Jr. have all been successful in their previous appearances on films. There is no certainty as to where this downslide of professionalism and skill came from, but it for sure brought down the reputation of this entire TV series.

Looking at this disappointing start for the “Shadowhunters,” it is still too early to give up hope. Maybe things will start to improve and this TV series will start live up to its name. But until then, we will still keep wondering: What in the world went wrong?