Cooking with the Sun Staff 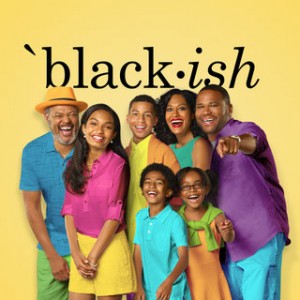 As the release of new fall shows is fast approaching, ABC’s new show Black-ish has caught the attention of many.
The show delves into the life of an upper-class African American family who is out of touch with the norms of their race; Black-ish features a disappointed father who deals with a son who refuses to accept he isn’t Jewish and a wife who enables their children’s naivety.
The shows trailer exhibits the plot by showing Andre Sr. questioning his son playing field hockey, going by Andy, and wanting a bar-mitzvah.
The trailer also shows the father trying to make his family more “black,” and it is questionable how the show will be written without sounding racist.
The show simultaneously involves whole household, which includes Andre Sr., wife Rainbow, his crotchety father, and their four kids: Andre Jr., another son, and two daughters.
The series, which premiered Sept. 24, has received mixed reviews as to whether or not it will succeed or crash and burn. Some think it deserves a “laughing chance”, while others believe that the plot is dull and will be difficult to continue for more than a few episodes.
Anthony Anderson, who stars as the main character, has returned to the comedy genre after working on Law and Order. But besides returning from the dramatic side of things, Anderson is also recovering from the cancellation of his show Guys with Kids (2012-2013).
Personally, I’d like to see this show achieve, and I think it will. The promise of Laurence Fishburne in the cast will surely take the show somewhere. The premise, while questionable, is something that I find hysterical. Watching the trailer and seeing the young boy ask his father for a bar-mitzvah is hilarious in my book.
After receiving mostly good reviews after the pilot, but still having a questioning premise, it is exciting to see where the writers will take Black-ish. However, I have high hopes that the show will be good-ish.

Morgan is a senior at Mt. Carmel High School. She is kept constantly busy with varsity field hockey, Hebrew school, swim team, and being the co-Editor in Chief of the MC Sun. She has a problem with watching too much TV, and eating an excessive amount of snacks. She knows the lyrics to practically every Billy Joel song, and doesn't care who knows. She also knows about most celebrities, and can answer your questions almost as fast as the internet.
Previous Ray Rice domestic abuse outrage
Next Thompson trims his way to the top

In perfect Marvel cinematic fashion, Marvel Studios has once again shocked fans worldwide with the …