As the school year draws to a close, MC students feel the effects of the end of the year kick in. There is less homework, and, let’s face it – the students are more apathetic.

With time not being spent by homework, some students at MC are hoping to get their healthy eight hours of sleep.

“I am really hoping to go to sleep by ten, maybe even nine o’clock today,” junior Julia Wagner said.

Despite these lofty goals, Wagner never managed to actually get a good night’s sleep, instead preferring to go on a spree on Netflix.

“I started to get into bed at nine, but then I ended up on Netflix watching Sherlock, and the next thing I know my alarm is going off,” Wagner said.

“She does this all the time on the weekends,” Sandoval said. “I think she really means well, but it happens every night.”

Sandoval also believes companies like Netflix and other distractions like her laptop and phone are to blame, and not Wagner herself.

“They should really put a time limit or something on Netflix, laptops, phones, everything,” said Sandoval. “It is really painful to watch Julia struggle with her addiction to these things.”

“My parents have also started to notice I am getting ahead of them in almost every show we watch,” Wagner said. “They started complaining when I spoiled every episode in the last season of Breaking Bad last year. After that, they have kept me out of every conversation related to any TV shows because they are afraid I will spoil every show.”

Wagner is also facing other problems related to her excessive Netflix addiction.

In today’s day and age, it is all too easy to get lost in a TV show, and with Netflix providing an alternative to late-night programs, the issue of being addicted to TV shows becomes the reality of more and more students at MC

This year is Bradon's first year on staff, where he is a writer. He is in Science Olympiad, Speech and Debate, and is on the swim team. Brandon enjoys skiing, sailing, and eating most foods.
Previous Four years reaching it’s end
Next Mrs. Lindsey leaves MC 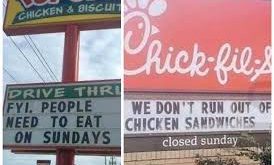 Chick-Fil-A has always been the fast food chicken sandwich giant of the world, but now, …