Professional basketball player, LeBron James, has had an extraordinary journey throughout his time in the NBA. James has played in the NBA for an astonishing 15 years.

Recently, James has made a career-altering decision and decided to move the Los Angeles Lakers for the next four years. James spoke about the NBA, shortly after joining the Lakers, in an interview with CNN.

During this interview, he expressed how creating a bond with one team and then abruptly being put onto a whole new one can be  challenging.

“I mean now everyone is trying to figure out: how do you put a group of talent together but also a group of minds as well to be able to compete,” James said.

The NBA coaches are conflicted on how to balance talent with mindedness. Putting together a whole new team is a difficult process and will take a while to get used to. James and his coaches are aware of where they stand but also where the other top teams stand player wise.

James is well aware of his competition but knows his team has great potential in the upcoming season. His energy is high and he is excited to see what he is capable of bringing to the Los Angeles Lakers.

Previous The sudden appreciation of the dead (and Obama)
Next Warning: The Pacific Ocean is warming 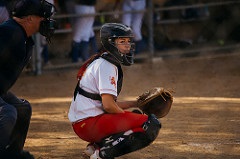 A reflection on the Softball season