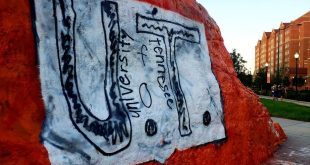 Boy’s homemade U.T. shirt goes viral and gets him a spot 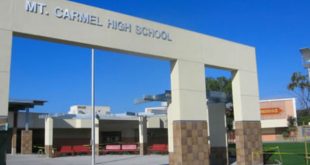 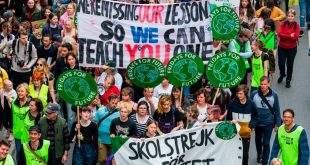 Global Climate Strike to be from 20th-27th

The untimely and tragic loss of security guard Gustavo “Gus” Araiza on New Year’s Day shocked the community and the countless lives he made a momentous difference in.

Gus was born and raised in Calexico, California where he served as a fireman and police officer before coming to MC to work as the grounds supervision personnel for five years. He passed away unexpectedly at the age of 59 years due to complications caused by an aneurysm.

Students and faculty remember Gus as a well-respected and kind person that truly cared for the students here at MC.

“Gus was one that had a very quiet wisdom,” Student Services Director Sheila Hatfield said. “He knew how to deal with a lot of situations and how to help kids out, but he wouldn’t go boasting about it or anything. He was able to connect with kids that other people weren’t ever able to get through to. They got to where they trusted Gus, when they didn’t trust a lot of adults.”

For many students, coping with the loss has been difficult. Gus became such a big part of so many of the student’s lives that some find the absence from his regular position at the front gate every day hard to grasp. Students who are having trouble coping with this loss are encouraged to visit Student Services, where staff members are available to talk to during school.

Senior Jessica Gonzalez was one of the many that formed a cherished connection with Gus during her four years at MC.

“If you’re kind of like a troublemaker, you got close to Gus,” Gonzalez said. “I got into a confrontation with a girl at school, and I got really close to Gus while I was in the office. He really listened to my story and got what was going on. We clicked when we started talking. Since then, he had always been there for me.”

Gus pushed many students, including Gonzalez, to be their best and sincerely hoped for their success. Gus earned the respect of every person he met on campus.

“Gus was always checking up on me,” Gonzalez said. “He told me that he wanted me to excel. We always talked about me graduating and it’s hard that he’s not going to be here to see me finally accomplish that.”

Seniors Dennis Phan and Noly Mon also grew extremely close to Gus and took an initiative to honor his memory by creating a series of cards for students to sign and presenting them to his family at the funeral service held on Jan. 12 at St. Gabriel’s Catholic Church

“The cards showed his family how much we cared about him at school,” said Phan. “We represented all the students in saying to his family that it was all the little things Gus did that made him so incredible.”

Gus strived to protect every student here on campus and went out of his way to help in whatever way he could. Even if it was as simple as a friendly hello, Gus always had time for his students.

“He wasn’t just a security guard,” Phan said. “The impact he left on MC was huge. A lot of students respected him, even when they didn’t know him. It defines the type of person Gus was. He really cared for every single student here. ”

Apart from the students, MC teachers and faculty had a similar love and respect for Gus and the way he was able to really get through to kids.

Fellow security guard Mike Johnson worked with Gus for his five years on campus and recalls his dedication to the school and the students.

“Gus was a real kind guy that really liked the students. A lot of people related to him and he really helped a lot of kids out.  He encouraged students to do better and to try harder. I think they will do better to have known him,” Johnson said.

In light of this tragedy, it helps for the students and staff to remember the incredibly amazing person that Gus was and all the lengths he took in order to reach out and touch the lives of everyone he met. Gus will be missed greatly, but he will never truly be gone from our campus.

As the saying goes “Once a Sundevil, always a Sundevil.”

Gus Araiza will always be remembered as a cherished part of our school and the impact he left on MC will never be forgotten.

“Gus will always be a Sundevil,” Hatfield said. “Well now, he will also always be Heaven’s angel.” 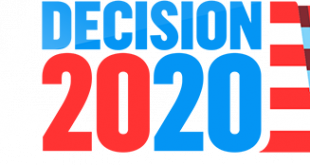 Summer Developments in the 2020 Presidential Race

As the road to the 2020 Presidential elections continues, Democratic candidates are beginning to emerge …