On Wednesday, Dec. 17, junior Ian Lemersal boarded a plane to Sweden, the premiere stop on what would become an epic European trek. Accompanied by his father, Lemersal would visit Sweden, Denmark, and England over the course of two weeks.

Upon his arrival in Sweden, Lemersal took instant notice of the genuine kindness of the people who lived there.

“They were way nicer than I expected,” he said. “The community is awesome and [people] are always willing to help each other.”

While in the Scandinavian flagship, Lemersal visited the two largest cities in the country: Stockholm and Gothenbourg. He recalls the weather being approximately 36 degrees or so; what may be freezing for someone who lives in Southern California, but is just “chilly” for native Swedes. After five days of becoming experts on Swedish culture, the duo traveled to Denmark.

Geographically, Denmark is much smaller compared to Sweden, yet Lemersal described the country as  culturally rich and full of history despite its size. During his few days here, he marveled at the unique and venerable architecture that Denmark is renowned for. One of the many  buildings he recalled was the famed castle of Frederick III, which was preserved for several hundred years and appeared to be in astonishingshape for its age.

“Denmark was amazing because it’s surrounded by different bodies of water and the cold weather was a welcome change,” Lemersal said.

Following his stay in Denmark, he traveled to the home of Big Ben and the royal family: London. Filled with shops and cafes, London is a world-renowned tourist destination full of activities and sightseeing.

“London is such a cool place. My favorite part was seeing Big Ben, because [I’ve seen] pictures of it everywhere, but getting to see the real thing was awesome,” Lemersal said.

In addition to seeing distinguished Big Ben, Lemersal also visited Wimbledon, the “Mecca” of tennis.  where some of the most talented players from around the worldcompete. A tennis player himself, Lemersal was enthusiastic to visit one of the most prestigious tennis stadiums  in the world.

Out of all the countries he visited, his stay in Sweden was his favorite, though he acknowledged that the trip itself was an amazing opportunity. Finally, after a ten-day adventure across Europe, Lemersal and and his father boarded a plane back to California, appreciative of the culture and people they had become familiar with during their experience.

Jordan is a Senior and runs on the MC Cross Country & Track team. She loves to laugh and tries to make puns all the time which aren't really funny. She is an energetic, friendly girl who you can count on. She also eats a lot of chocolate and sour patch kids...so maybe that's why she has so much energy.
Previous Local Hidden Adventure Spots
Next Into the Woods review: B+ 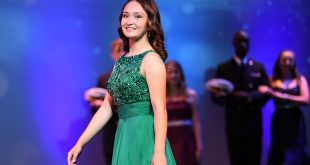